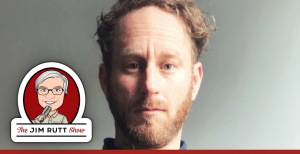 Joe Edelman, philosopher, social scientist & designer starts this conversation with Jim by talking about how meaningfulness is connected to values, social norms & ideological commitments. Then, they go on to talk about the pros & cons of pluralism & coherence in today’s digital world, why Joe coined the phrase/metric ‘time well spent’ & its influence so far, pros & cons of ad-supported tech & potential changes to existing models, the trend of more private social media spaces, how to view the Overton window today, the future of ethical advertising, the promise of Notion.so, the goals of Turtleocracy, the Turtling game, and much more.

Joe Edelman is a philosopher, social scientist, and designer who believes the current political moment demands a change in the way human systems are designed. A change that will require a clearer understanding of individual and group dynamics. Joe’s work has provided the basis for an online school called Human Systems and he has learned directly from people like Alan Kay, Terry Winograd, and Bill Verplank at Interval Research, Casey Fenton at CouchSurfing (where he developed the metrics which guided the company), and Howie Shrobe and Marvin Minksy at MIT. He also continues to learn from his ongoing passionate conversations with Tristan Harris, Nathan Vanderpool, and Anne Selke.