Jim talks with Henry Elkus and Sam Feinburg, founders of the global problem solving organization Helena. They discuss how Helena identifies society’s big problems, the group’s origin story, how they attracted a large membership of people who are first-class in their domains, facilitating The Covid Network to quantitatively prioritize supply distribution, creating the Shield Project to address dire vulnerabilities in the electrical grid, Energy Vault’s method of gravity energy storage, the unnecessary over-siloing of issue areas & problem-solving modalities, why it’s important to proliferate both social & hard technologies, and much more.

Henry Elkus is Founder and CEO of Helena. He cares immensely about creating systems that can be leveraged to enact global, scalable, and systemic change. Henry dropped out of Yale in his second year to lead Helena full time.

Sam Feinburg is the Chief Operating Officer and Executive Director of Helena. He cares deeply about building a fairer and stronger civilization for all in the presence of growing catastrophic and existential risks. 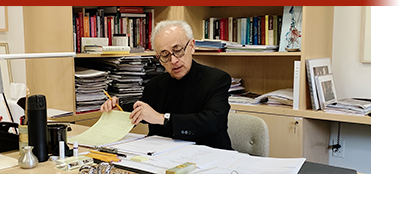 Jim has a wide-ranging talk with neuroscientist Antonio Damasio about his latest book, Feeling & Knowing: Making Minds Conscious. They discuss the importance of separating intelligence from the nervous system, feeling as the inaugural event of consciousness, distinguishing consciousness from mind, the permeability of intellectual & affective processes, debunking William James’s “stream of consciousness” metaphor, interoception, proprioception, & exteroception, how anesthesia works, attention as the cursor of consciousness, introducing vulnerability into AI, and much more.

Antonio Damasio is Dornsife Professor of Neuroscience, Psychology and Philosophy, and Director of the Brain and Creativity Institute at the University of Southern California in Los Angeles. Trained as both neurologist and neuroscientist, Damasio has made seminal contributions to the understanding of brain processes underlying emotions, feelings, and consciousness. His work on the role of affect in decision-making has made a major impact in neuroscience, psychology, and philosophy. He is the author of several hundred scientific articles and is one of the most eminent psychologists of the modern era (see Damasio, A. Feelings and Decisions. In: R. Sternberg, S. Fiske, D. Foss (Eds.), Scientists Making a Difference: One Hundred Eminent Behavioral and Brain Scientists Talk about Their Most Important Contributions, 2016). He is one of the most cited scientists worldwide.

John Vervaeke joins Jim for the final episode of a five-part series examining the ideas put forward in Vervaeke’s popular YouTube series, Awakening from the Meaning Crisis. They discuss relevance’s lack of essence, sacredness as inexhaustibility, separating cognitive indispensability from metaphysical necessity, religio & the perennial problems, whether Enlightenment++ principles can offer a place to stand, the need for new symbols of self-transcendence, reverse-engineering Enlightenment, mindfulness practices as serious play, the “religion of no religion,” signal detection theory, a “collective dynamic Socrates,” rationality’s malleability, active open-mindedness, and much more.

He is the director of the Consciousness and the Wisdom Studies Laboratory.  He has won and been nominated for several teaching awards including the 2001 Students’ Administrative Council and Association of Part-time Undergraduate Students Teaching Award for the Humanities, and the 2012 Ranjini Ghosh Excellence in Teaching Award. He has published articles on relevance realization, general intelligence, mindfulness, flow, metaphor, and wisdom. He is first author of the book Zombies in Western Culture:  A 21st Century Crisis, which integrates Psychology and Cognitive Science to address the meaning crisis in Western society. He is the author and presenter of the YouTube series Awakening from the Meaning Crisis. 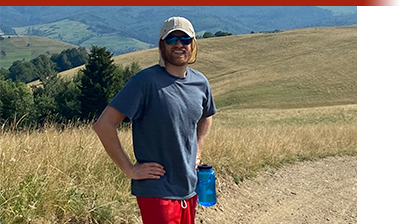 Jim has a timely discussion with geophysicist Dorian Abbot, whose public lecture was recently canceled by MIT—Jim’s alma mater—due to Dorian’s views on affirmative action. They discuss the (unrelated) scientific content of the canceled lecture, Abbot’s & Ivan Marinovic’s proposed Merit, Fairness, and Equality (MFE) framework, the Chicago Principles, the Kalven Report, mainstream support for merit-based hiring decisions, the relationship between liberal humanism & academic freedom, results of a secret-ballot poll of MIT faculty, how Diversity, Equity, and Inclusion (DEI) functions in current hiring systems, the goal of a university, what listeners can do to fight for academic freedom, a proposal for a Center for a Free Society at the University of Chicago, and much more.

Dorian Abbot is an associate professor in the Department of Geophysical Sciences at the University of Chicago. He uses mathematical and computational models to understand and explain fundamental problems in Earth and Planetary Sciences. He has worked on problems related to climate, paleoclimate, the cryosphere, planetary habitability, and exoplanets.

John Vervaeke joins Jim for the fourth of a five-part series examining the ideas put forward in Vervaeke’s popular YouTube series, Awakening from the Meaning Crisis…

END_OF_DOCUMENT_TOKEN_TO_BE_REPLACED

John Vervaeke joins Jim for the third of a five-part series examining the ideas put forward in Vervaeke’s popular YouTube series, Awakening from the Meaning Crisis…

END_OF_DOCUMENT_TOKEN_TO_BE_REPLACED

John Vervaeke joins Jim for the second of a five-part series examining the ideas put forward in Vervaeke’s popular YouTube series, Awakening from the Meaning Crisis…

END_OF_DOCUMENT_TOKEN_TO_BE_REPLACED

John Vervaeke joins Jim for the first of a five-part series examining the ideas put forward in Vervaeke’s popular YouTube series, Awakening from the Meaning Crisis…