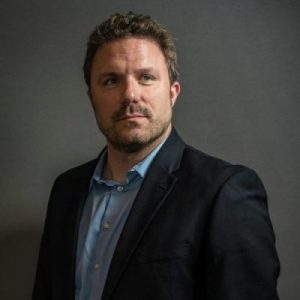 Jason Brennan is Robert J. and Elizabeth Flanagan Family Professor of Strategy, Economics, Ethics, and Public Policy at the McDonough School of Business at Georgetown University. He is also Research Professor at the University of Arizona’s Freedom Center and Department of Political Economy and Moral Science. He specializes in politics, philosophy, and economics. Jason is the author of 10 books, including Cracks in the Ivory Tower, with Phil Magness; When All Else Fails: The Ethics of Resistance to State Injustice; and Against Democracy.

Forrest Landry, philosopher, writer, researcher, scientist, engineer, craftsman, and teacher talks with Jim about his company (Magic-Flight), what motivates his work, how he defines ethics, metaphysics & its connection to realism, free will & choice, the nature of time, how he defines & utilizes meaning, value & purpose, interaction between complicated & complex systems, human/ecological sustainability, core dynamics of collective intelligence, the challenges of sense-making, choice-making & implementation, civilizational collapse, the Fermi paradox, and much more.

Forrest Landry is a philosopher, writer, researcher, scientist, engineer, craftsman, and teacher focused on metaphysics, the manner in which software applications, tools, and techniques influence the design and management of very large scale complex systems, and the thriving of all forms of life on this planet. Forrest is also the founder and CEO of Magic Flight, a third-generation master woodworker who found that he had a unique set of skills in large scale software systems design. Which led him to work in the production of several federal classified and unclassified systems, including various FBI investigative projects, TSC, IDW, DARPA, the Library of Congress Congressional Records System, and many others. 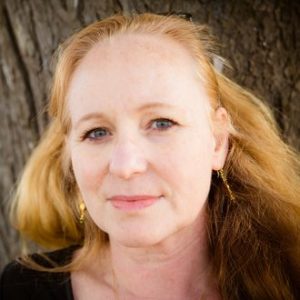 Nora Bateson, award-winning filmmaker, writer, educator, and President of the International Bateson Institute talks with Jim about the work of the International Bateson Institute, her father (Gregory Bateson) & grandfather’s (William Bateson) academic histories & the impact they had on her work, complex systems, the dangers of mental monocropping, what it means to think transcontextually, cross-cultural collaboration & awareness, some of her observations on Swedish culture & the role of the state, conviviality in modern culture, the generational component of Game B, what’s emerging in her warm data labs, liminality, leadership as a Jazz solo, and much more.

Nora Bateson is an award-winning filmmaker, writer and educator, as well as President of the International Bateson Institute, based in Sweden. Her work asks the question, “How we can improve our perception of the complexity we live within, so we may improve our interaction with the world?” An international lecturer, researcher and writer, Nora wrote, directed and produced the award-winning documentary, An Ecology of Mind, a portrait of her father, Gregory Bateson. Her work brings the fields of biology, cognition, art, anthropology, psychology, and information technology together into a study of the patterns in ecology of living systems. Her book, Small Arcs of Larger Circles, is a revolutionary personal approach to the study of systems and complexity. 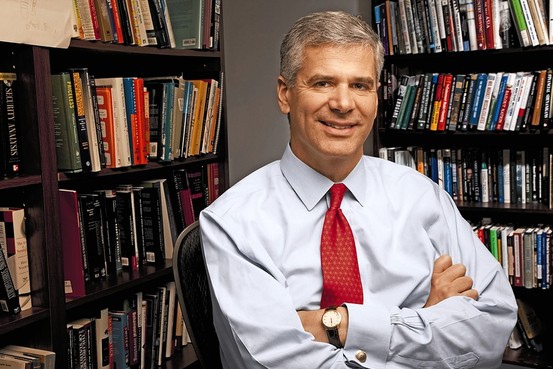 Michael Mauboussin, Director of Research at BlueMountain Capital Management, Author, and Adjunct Professor at Columbia University talks with Jim about how he came to be the Chairman of the Board at the Santa Fe Institute, his perspective on investing & its challenges, the Colonel Blotto game, using variance & complexity in game theory, defining luck & skill and their relative importance in several domains, outcome bias, the importance of understanding sample size, intelligence quotient (IQ) vs. rationality quotient (RQ), bad and good forecasting by experts, increasing the variance when you are behind, looking for weak games, how age impacts skill in people & organizations, deliberate practice, time management, and more.

Michael J. Mauboussin is Director of Research at BlueMountain Capital Management. Prior to joining BlueMountain, he was Head of Global Financial Strategies at Credit Suisse and Chief Investment Strategist at Legg Mason Capital Management. He is also the author of three books, including More Than You Know: Finding Financial Wisdom in Unconventional Places, named in the The 100 Best Business Books of All Time by 800-CEO-Read. Michael has been an adjunct professor of finance at Columbia Business School since 1993, and received the Dean’s Award for Teaching Excellence in 2009 and 2016. He is also chairman of the board of trustees of the Santa Fe Institute, a leading center for multi-disciplinary research in complex systems theory. 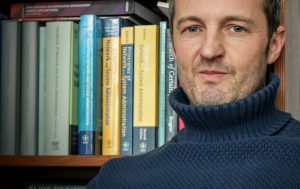 Author, founder & scientist Mark Burgess talks with Jim about why he made the switch from theoretical physics to computer science, the widely applicable skill set of physicists, what led him to create CFEngine, computer immunology, how he came up with Promise Theory & its connection to physics & network science, the relativity of systems, consistency in large-scale systems, what physics can teach computer science about uncertainty, the limits of Turing machines & deep learning, free will, Promise Theory’s connection to agile & Daniel Mezick’s work, dynamic subordination, logic vs emotion, spacetime, quantum gravity, how scale presents interesting solutions to the Fermi Paradox, and much more.

Mark Burgess is a theoretician and practitioner in the area of information systems, whose work has focused largely on distributed information infrastructure. He is known particularly for his work on Configuration Management and Promise Theory. He was the principal Founder of CFEngine, ChiTek-i, and now co-founder and chief innovation officer at Aljabr Inc.

Mark is emeritus professor of Network and System Administration from Oslo University College. He is the author of numerous books, articles, and papers on topics from physics, Network and System Administration, to fiction. He also writes a blog on issues of science and IT industry concerns. Today, he works as an advisor on science and technology matters all over the world. 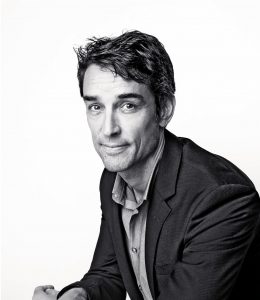 Author Jamie Wheal talks with Jim about working with the Navy SEALs, what characterizes flow, intrinsic vs extrinsic motivation, the Eleusinian Mysteries, Plato, Aristotle & Pythagoras, soft-leadership & dynamic hierarchies, group flow, if courage & integrity can be taught & what that means for Game B, coherent pluralism, spiritual bypassing, the dangers & promises of ecstatic state technology, the realities of collapse, what we might learn from the Amish, cult leaders & the dynamics of their power, and more.

Jamie Wheal is the author of the global bestseller and Pulitzer Prize nominated Stealing Fire: How Silicon Valley, Navy SEALs and Maverick Scientists are Revolutionizing the Way We Live and Work and the founder of the Flow Genome Project, an international organization dedicated to the research and training of ultimate human performance. Since founding the organization in 2011, it has gone on to become the leading voice of evidence-based peak performance in the world, counting award-winning academics, legendary professional athletes, special operations commanders, and Fortune 500 business leaders among the hundreds of thousands of people in its global community. 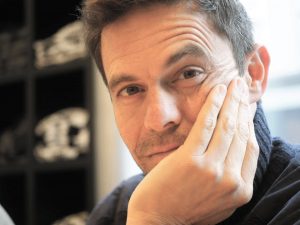 Jordan Hall and Jim have another wide-ranging conversation about Game B. They start with a quick overview of Game A and then move on to talk about the emerging collaboration of Game B & how it happened, its competitive advantage over Game A, liminal spaces, embodied wisdom, sovereignty & sense-making, the pre-B phase, changing our lives to be Game B oriented, meaningfulness, the transition to Game B, parenting & working in Game B, the importance of conviviality & multidimensional health, policing & justice in Game B, the dynamics of coherence, the hard problem of scaling Dunbar’s number, parasitizing Game A to boot up Game B, the role of locality & remote collaboration, the value of failure, and more.

Jordan is the Co-founder and Executive Chairman of the Neurohacker Collective. He is now in his 17th year of building disruptive technology companies. Jordan’s interests in comics, science fiction, computers, and way too much TV led to a deep dive into contemporary philosophy (particularly the works of Gilles Deleuze and Manuel DeLanda), artificial intelligence and complex systems science, and then, as the Internet was exploding into the world, a few years at Harvard Law School where he spent time with Larry Lessig, Jonathan Zittrain and Cornel West examining the coevolution of human civilization and technology. 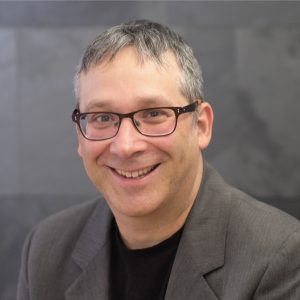 Gary Marcus is a scientist, best-selling author, and entrepreneur. He is Founder and CEO of Robust.AI, and was Founder and CEO of Geometric Intelligence, a machine learning company acquired by Uber in 2016. He is the author of five books, including The Algebraic Mind, Kluge, The Birth of the Mind, and The New York Times bestseller Guitar Zero, as well as editor of The Future of the Brain and The Norton Psychology Reader.

He has published extensively in fields ranging from human and animal behavior to neuroscience, genetics, linguistics, evolutionary psychology, and artificial intelligence, often in leading journals such as Science and Nature, and is perhaps the youngest Professor Emeritus at NYU. His newest book, co-authored with Ernest Davis, Rebooting AI: Building Machines We Can Trust aims to shake up the field of artificial intelligence. 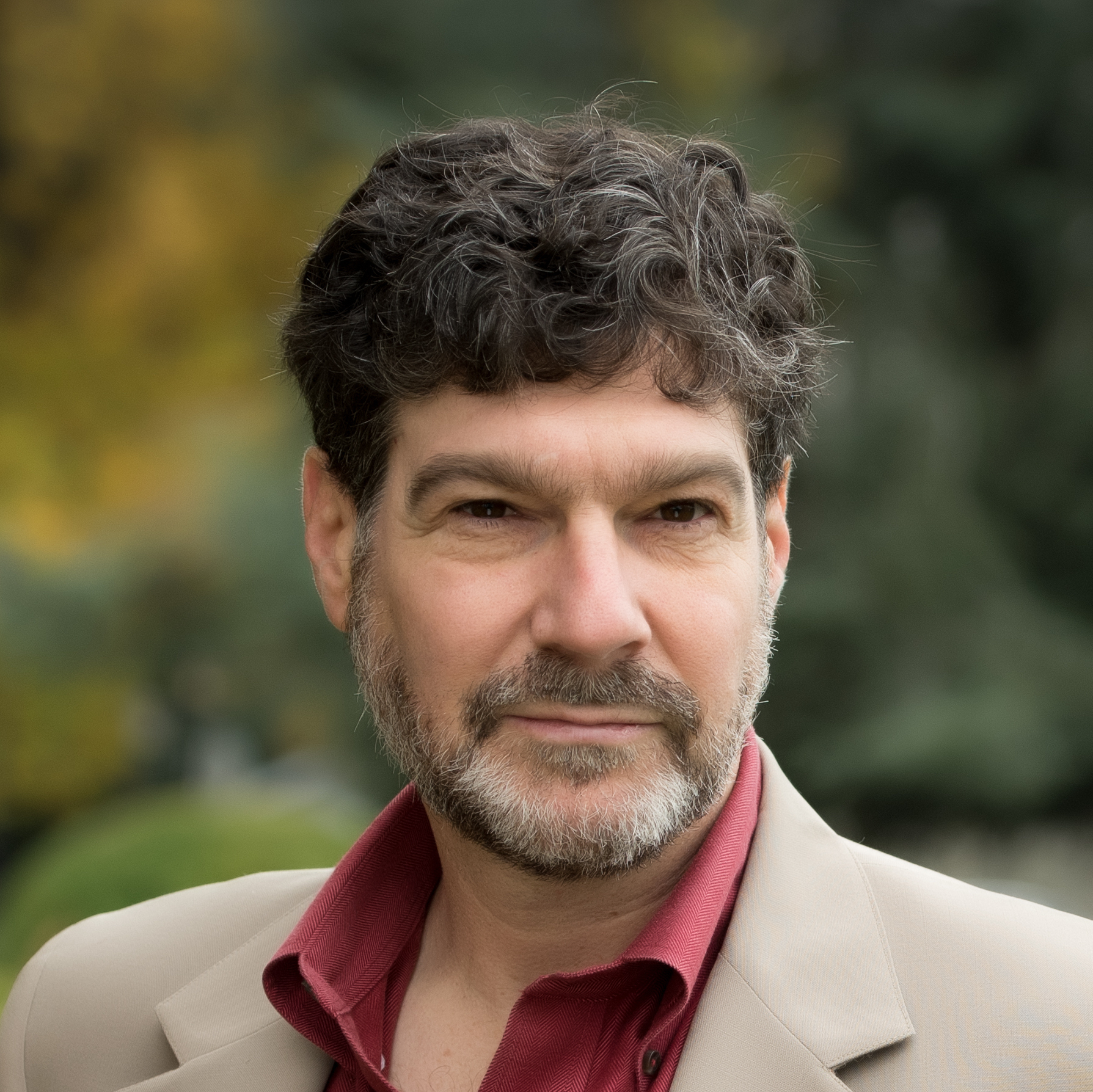 Bret Weinstein and Jim talk about the evolutionary & game-theoretic dynamics that have led humanity to an unsustainable place, the impact of today’s algorithms & how they’re connected to human evolution, the recent shift of corporate values, how Game B should view complex systems, design vs. navigation, trade-offs from a theoretical biology perspective, approaches to keeping online collaboration & networks net-positive, how the political left has changed & how Jim & Bret relate to it, the biological perspective & its connection to the is–ought problem, the role of gender in today’s culture, new atheism, and the implications of seeing religion as a result of Darwinian evolution.

Bret Weinstein has spent two decades exploring the frontiers of evolutionary biology. He is currently working to uncover the evolutionary meaning of large scale patterns in human history, and seeking a game-theoretically stable path forward for humanity. His scholarly research is focused on evolutionary trade-offs. He has worked on the evolution of senescence and cancer, species diversity gradients, and the adaptive significance of human morality and religion. He has written for The Wall Street Journal and testified to the U.S. Congress regarding questions of freedom of expression on college campuses. He is the host of Bret Weinstein’s DarkHorse Podcast. 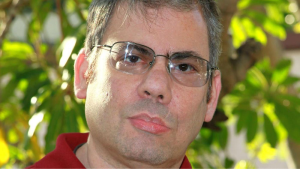 CEO Jeff Gomez and Jim have a wide-ranging talk about Jeff’s work with massive movies like Pirates of the Caribbean, his work with transmedia storytelling & worldbuilding, how nerdy Jim really is, how narrative & story differ & the role the audience plays, fandom, the perennial Star Wars vs Star Trek question, the far reaches of fan fiction, Jeff’s work in Collective Journey & its broader connection to the internet & politics, the hero’s journey & its ‘Hollywood’ization’, how Jeff’s interest in narrative led him to work on transmedia & geopolitics with the Department of Defence & other government agencies, understanding & fighting malicious cultural propaganda, the connection between Putin & Trump/Bannon strategy, Extinction Rebellion, speculation about the future of Gen Z & tribalism, social coherence, Jeff’s advice for the Game B community about using narrative, personal development & media literacy, and online vs in-person relationships & collaboration.